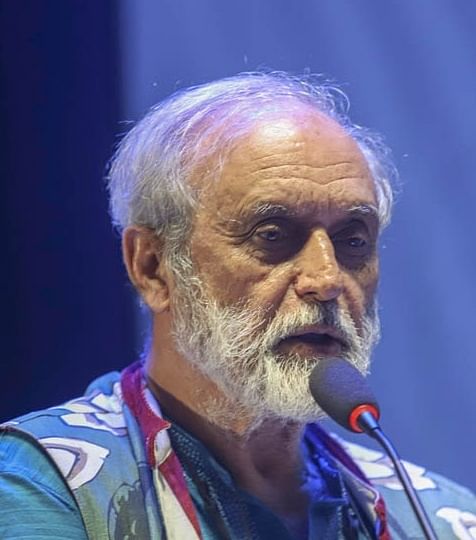 This is the Ekushey day — recalling the 21st of February
The day when a stirred-up race erupted incandescently
And till now, that day in Bengali minds shines brilliantly.

This is the day when all mothers won—their children as well
A day of condolence meets, silence and of victory eternal
Ekushey is the day of victors and of champions one can tell

Ekushey is all about fatherly affection and motherly love
It's the day when brothers wear shawls their sisters think of
Ekushey is a spring day crimsoned in the blood-red of Bhador.*

Ekushey is when freedom came through a language for which blood was spilled
A day when independence came to a nation in whose people compassion flowed
It's the day when egalitarianism became in the hearts of all people the proper creed.
Translated by Fakrul Alam
*Bhador is the first month of autumn symbolizing the loneliness of a person who is missing his beloved.